Browse: Home / Government Corruption / Tewksbury slots: How the town government opposed the will of the people

Last Wednesday, in one of the highest-attended public meetings in decades, the people of Tewksbury, Massachusetts voted 1,568 to 995 against allowing a 24-hour slot parlor to open its doors in a 30-acre parcel zoned for commercial and research use.  The proposal required a two-thirds majority vote to pass.  At 60 percent opposed, it was a clear statement that most Tewksbury residents didn’t want it.

In the case of the public unions, Penn National Gaming (the slots developer) promised to provide nearly $1 million dollars in public safety grants. You could call this a pay-off. In the case of other unions, presumably the construction and operation of the slots parlor would provide new jobs, so no mystery there.

But for the most important branches of the town’s governing structure to be on the wrong side of this decisive vote indicates a chilling gap between what people in this democracy want, and what their representatives give them. How is it possible for 100% of Selectmen to support a proposal that 60% of their constituents oppose? How is it possible for the entire legislative body of the town to be so out of step with the people who elected them? Is there a structural problem of local democracy that should be addressed?

By Kathy McCabe and Mark Arsenault

TEWKSBURY — After 90 minutes of debate Tuesday night, Tewksbury slammed the door on plans to build a $200 million Merrimack Valley casino on 30 acres of commercial land off Route 133 near the Andover town line.

The vote at a Special Town Meeting was 1,568 no to 995 yes for allowing zoning changes that would allow Penn National Gaming to build a 24-hour slots parlor on land now zoned for commercial and research use. The measure required a two-thirds majority, or 1,709 votes to be adopted.

“We respect the decision of the residents of Tewksbury,” said Eric Schippers, senior vice president of public affairs for Penn National Gaming. “They spoke loud and clear, and we respect that.”

The slot machine parlor in Tewksbury is not the first casino project to fail in Massachusetts, but it is the first formal proposal directly killed by the voters, under a state law that gives local residents absolute power to block gambling companies from their community.

The Tewksbury vote leaves just three competitors for the state’s sole slots parlor license: The Cordish Cos. in Leominster; an affiliate of Rush Street Gaming, which wants to build in Millbury; and Raynham Park, the former dog racing track in Raynham.

A total of 2,617 residents filled the Tewksbury Memorial High School gymnasium, cafeteria, and auditorium. More than a dozen spoke on the floor, debating the merits of a proposal that town officials said would have generated $4 million in new revenues and taxes, along with the promise of 500 permanent jobs.

Scott Consaul, a lawyer and former School Committee member, called the zoning proposal “fools gold” that would open the door for the entire Ames Pond Corporate Center to be rezoned for expansion of a casino.

Resident Mark Johnson cited FBI statistics, which he said showed a 29 percent increase in crime in Bangor, where Penn National operates a slots parlor. “Do we want to have more robberies in our town?” he asked.

But resident Charles Labella countered that the “plan to bring a casino to town is better than any other plan” that is pending.

The zoning change was supported by Tewksbury officials, getting recommendations from the Board of Selectmen, Finance Committee, and the Planning Board.

“This is one step in the right direction to move the community forward,” Scott Wilson, chairman of the selectmen, said in support of the zoning change.

The defeat was a major loss for organized labor, particularly the electrician’s union Local 103, whose members have held “Yes For Tewskbury” signs around town since Penn National unveiled its proposal in July. Tewksbury’s police and fire unions had also endorsed the zoning plan, after Penn promised to donate $900,000 in grants for public safety.

The Tewksbury project was Penn’s second try at winning a gambling license in Massachusetts. The company originally proposed an $800 million casino resort in downtown Springfield. That project died after Mayor Domenic Sarno chose a competing proposal from MGM in April, concluding a citywide competition between the two gambling companies.

Penn’s options could include joining an existing project or submitting a bid for a resort casino in Southeastern Massachusetts, where bidding is open through September.

Schippers, of Penn National, said it is too soon to say if Penn will look for other sites in Massachusetts. “We need to go back, and evaluate what we want to do, if anything, in the Commonwealth,” he said. 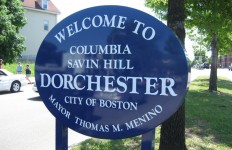