Before the passage of H3004: The Spending and Accountability Act of 2011, 75 percent of all legislative votes in the South Carolina General Assembly were voice votes, in which no legislators’ vote is recorded for the public record (source: South Carolina Policy Council).  Thanks to a three-year battle waged by now-Governor Nikki Haley and a number of stalwart legislators, now any vote held for a bill or joint resolution in the second reading (a key milestone for moving a bill forward) as well as a few other milestones, all require a roll call vote, in which every legislator’s name and vote are recorded and published. 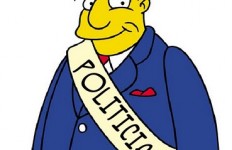 Our state law-makers: we pay them full-time, they work part-time.→