Project Prevention is a 501c3 non-profit founded in 1997 by Barbara Harris, who had adopted four out of eight children from a mother addicted to crack-cocaine.  Based on Barbara’s experience watching two of the children go through substance withdrawal, and on doing more research into the horrific plight of children of drug addicts (some of which she highlights on the organization Facebook page), Barbara decided to start a birth control incentive program.  Project Prevention offers $300 to anyone with a drug or alcohol addiction to go on long-term birth control or get sterilized.

This notion of sterilization has been a point of controversy in the media.  Some critics have emerged to denounce the program as “Hitler-style eugenics” or as targeting racial minorities.  Perhaps the most vocal critic is an organization called the National Advocates for Pregnant Women, led by Lynn Paltrow.  Their usual criticism is that Project Prevention serves as a “dangerous vector for medical misinformation” and promotes unfair stereotypes that demonizes crack moms.

I have done a lot of research on Project Prevention.  If you Google their name you will find loads of articles, videos, radio segments, in which the controversy is highlighted.  The media seems to adore the controversy and drama, and shock-value.

Even a usually scientific radio series fell into the “dramatic” aspects, proposing what kind of world we would have if drug-addicted children “never came to be”: http://www.radiolab.org/2012/nov/19/what-if-no-destiny/

My take on all this:

It seems on the one hand, Barbara Harris is fighting to save lives, liberate addicts from the burden of more children, and to help children live fulfilling lives where they are loved and can succeed.  On the other hand, we have Lynn Paltrow opposing Project Prevention based on intellectual interpretation, inferred motivation, concerns over media the perpetuation of unjust stereotypes, and reminiscences to historical oppressive measures like eugenics.

First, there appears to be a fundamental difference in what the two opponents are fighting for.  It seems that Barbara is fighting against the clear and present physical and emotional damage to children and the society at large who must then step in to provide for them.  Paltrow is crusading against Barbara to protect… what exactly?  Images?  Perceptions?  An ideology?  An average person’s perception of the “typical drug addict” when seeing a poster, or a news clip, about Project Prevention and its clients?

Second, there appears to be a fundamental disagreement about what the data actually show us about the life outcomes for children born from a substance-abusing mother.  It is as if Barbara and Lynn live in two separate realities.  How could this be?  Both have experience serving pregnant women in vulnerable situations.  Couldn’t the two of them share survey and study data to come to a basic agreement of fact?

On this, I would like Lynn Paltrow to produce some data, and if none really exist, to fund responsible research on drug- and alcohol-addicted women to determine if her notion that “for every bad story that Barbara has, I have a good story” holds up.  I found her video of a handful of self-selecting mothers to be just more anecdotal evidence in a sea of it.  We need hard data to come to any conclusion about if Project Prevention is responding to a very real problem or just perpetuating stereotypes.

I know the data linking child outcomes to parental drug abuse is not exactly abundant, but there is enlightening research being published by the US Department of Health and Human Services (here and here).  Moreover, to someone working in the field of fighting poverty, the link is obvious.  Sure, let’s say even 30% of the children of drug abusers have a positive outcome.  If the NAPW is waging this anti-Project Prevention campaign on their behalf, then they are still enabling the cursed lives of the other 70% to manifest.  So, they win their battle, but lose the war.  It just seems so short-sighted, and destructive to so many children.  I believe NAPW’s opposition to Barbara’s elegant response to this crisis is literally serving to aid and abet the crisis, allowing this river of at-risk kids to flow freely into the foster system, the prison system, and all the rest of it.  It is so incredibly sad.  It leads me to believe this organization might not only be a group of lawyerly intellectuals with Ivy League degrees, but actually have blood on their hands, being too detached and arrogant to recognize the chilling fruits of their own “advocacy” against a program like Project Prevention.

I can only conclude that Lynn Paltrow is married so tightly to her organization’s narrow mission of protecting the rights of pregnant women and only pregnant women that she is unable to speak from a more holistic, realistic, and frankly, heartfelt way that addresses children and their rights as well as factoring into her position the urgency of minimizing child abuse and breaking the cycle of intergenerational poverty NOW while it is happening around us, spurred by a deep empathy for the pain of what it is really like to grow up in a drug-infested or otherwise broken home, or to bounce around among fake parents in foster care for many years.  My bet is that Lynn has not personally felt this deep kind of devastation and hopelessness to truly understand.  Perhaps it is a simple question of soul-searching.

This is not merely a problem of the NAPW, but one of many human service professionals with whom I’ve discussed Project Prevention.  There seems to be a bias toward protecting the rights of the drug users themselves, who are often viewed as society’s most vulnerable.  But this is not true — it is their children who are the most vulnerable.

Only recently has the notion of protecting the children of drug addicts been given institutional support, but not in the United States.  In 2010, the United Kingdom’s Home Office published Hidden Harm, a massive research project which validates the work of Project Prevention: “Reducing the harm to children from parental problem drug use should become a main objective of policy and practice” (intro).  Hidden Harm explains that the research literature contains a critical blind spot in this regard: “To anyone familiar with the hundreds of studies of problem drug users that have been conducted in the UK, it comes as a shock to discover that virtually none has focused on their children. We believe this is both due to a lack of awareness of the problem by researchers and policy makers and because carrying out research on the children of problem drug users is extremely difficult. ” (41). 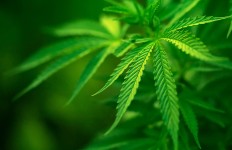