The Boston Globe just published a substantial feature on transparency — or lack thereof — in Massachusetts government. Click here for the original story.

If you want to see your government in action, just take a seat in the gallery high above the Massachusetts House of Representatives.

But don’t take a picture, unless you want a visit from the security guard. Don’t shoot any video. And that spirited debate you hear below on multi-million-dollar cuts to the state’s most vulnerable citizens? Well, it doesn’t really amount to much. All the important stuff was worked out ahead of time, behind closed doors. Massachusetts’ democracy may be one of the oldest in the country. But it is also, in many respects, one of the most opaque.

Government websites are difficult to navigate. There are no clear penalties for state agencies that improperly deny public records requests. And the Legislature has exempted itself from the state’s public records and open meetings laws.

“The discussion becomes a lot more open and, in that fashion, moves the process along a whole lot faster,’’ House Speaker Robert DeLeo once told the Globe, amid concern about a closed-door budget process.

But many states conduct their business in public; nearby New Hampshire is one of six states that has written a right to open government into its constitution.

And all the secrecy in Massachusetts, good-government advocates say, has consequences: making it more difficult for citizens to participate, tougher for the media to hold government to account, and easier for public officials to slip into corruption.

There is a fog over Massachusetts state government. Below, a guide to the mists — and the latest ideas for lifting them.

For the enterprising reporter or citizen activist, there is nothing quite like documents — evidence, in black-and-white, of a misguided policy or an act of corruption.

But good luck getting your hands on them.

“Massachusetts has one of the worst public records laws in the country,” says Robert Bertsche, a media lawyer and partner at Prince Lobel Tye in Boston.

He’s a blunt fellow. But many share his assessment.

Local transparency advocates have long kvetched about the law. And three years ago, a national consortium of good-government and media groups known as the State Integrity Investigation gave Massachusetts an “F” for “public access to information.”

The flaws, critics say, are many. Chief among them: the exemptions.

The Massachusetts Legislature is one of just seven nationwide that completely exempt themselves from a state public records law, according to a Reporters Committee for the Freedom of the Press tally from 2011.

The judicial branch’s administrative offices are also beyond the reach of the law. And governors have claimed they, too, are exempt, citing a 1997 Supreme Judicial Court ruling noting that the state’s chief executive is not “explicitly” mentioned in the public records statute.

So, while governors frequently release information to the public and the press, they do so only at their pleasure.

Last year, when a Globe reporter asked then-Governor Deval Patrick’s office to produce internal communications about the controversial “tech tax,” the administration claimed, as always, that it wasn’t obliged to turn over anything.

Then it shipped over a handful of unrevealing e-mails. Among them: a note from a constituent criticizing the Globe’s coverage of the issue.

Bertsche, the media lawyer, said the new governor could simply declare that he will make his office subject to the public records law.

Tim Buckley, a spokesman for Governor Charlie Baker, would not address the idea directly, saying in a statement, “The administration is reviewing public records request protocols and is exploring ways to improve state government’s previous poor transparency rankings.”

The cost of transparency

If some agencies provide less-than-helpful documents, others ask for sizable sums to produce them.

Ask any reporter, activist, or political operative who’s filed enough public records requests, and you’ll hear a tale of an $8,000 or $10,000 bill. That sort of tab, advocates say, is a substantial deterrent — especially in an age of shrinking media budgets.

Some of the costs claimed by officials are copying fees. Current rules allow agencies to charge 20 cents per page — quite a bit more than your local copy shop.

State Representative Peter V. Kocot, a Northampton Democrat, has filed legislation that would reduce copying fees to 5 cents per letter-size page and 7 cents per legal-size page.

The bill would also require every state agency to designate one or more “records access officers,” who would be encouraged to provide documents in electronic form (eliminating the need for copying fees).

In addition, Kocot’s legislation would allow plaintiffs suing over the denial of public records to collect attorneys’ fees if they win — addressing one of the biggest gripes in good-government circles.

Massachusetts is one of only four states with no such provision on the books, according to the state chapter of the American Civil Liberties Union. And the omission, advocates say, has stopped many a legal action before it starts.

Two years ago, the Sunlight Foundation graded every Legislature on the transparency of its website, and the Massachusetts body was one of five — alongside those of Alabama, Colorado, Kentucky, and Nebraska — that got an “F.”

The site makes it difficult to assemble meaningful data — on say, a lawmaker’s voting record. And Paul D. Craney, executive director of the right-leaning Massachusetts Fiscal Alliance, said there is not enough in the way of live-streamed debates.

Advocates say the state court system’s online presence is a concern, too.

In recent years, the system has provided more basic docket information on the Web — the name of the defendant, the outcome of the case, that sort of thing. And anyone can watch oral arguments before the Massachusetts Supreme Judicial Court online.

But unlike the federal courts, the bulk of the state courts offer no online access to court filings — the documents at the heart of a case.

A courts committee is weighing expanded electronic access. But for now, if you want filings, you have to go to the courthouse and ask for hard copies.

There are plenty of other ideas floating around.

Transparency advocates have called for state legislative committees, which play an influential role in developing policy, to uniformly report roll calls — who voted yes, who voted no. At the moment, reporting varies from committee to committee.

Secretary of State William F. Galvin is asking the Legislature for new powers to go after agencies that deny public records requests.

And Mary Z. Connaughton, who heads up the government transparency effort for the right-leaning Pioneer Institute in Boston, has called for a nonpartisan budget office, independent of the governor and state Legislature.

She says there is not enough neutral information on the costs of proposed legislation: “It’s sorely lacking.”

One might expect conservatives, leery of the Democratic-dominated state government, to advocate for this sort of agency. But at least one prominent Democrat, newly sworn-in Treasurer Deb Goldberg, is pushing the idea, too.

The office, patterned on the Congressional Budget Office in Washington, would cost money, though — sure to be in short supply during a budget crunch. And state lawmakers, who have long guarded their dominion over the budget, seem cool to the idea.

Indeed, there are powerful interests opposed to many transparency efforts.

Business organizations, for instance, have resisted Auditor Suzanne Bump’s efforts to gain access to corporate tax returns, saying they are concerned about proprietary information leaking into the public sphere.

Bump says she needs the access in order to evaluate state oversight of more than $2 billion in tax breaks designed to foster job growth or promote green technology.

Thirty-seven other states, according to her office, have the power to review returns for auditing purposes. 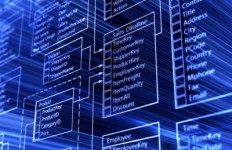