Reprinted from The Boston Globe.  Click here for the original article.

This is a breakthrough for open government advocates in Massachusetts and around the US.  All that’s left is for the court system or a media organization to set up one unmanned camera in every single hearing room (and a good omnidirectional mic), and then, have one staffer per court building do the following each day:

The state’s highest court today updated its rules for media coverage of trials and other court proceedings in response to changes in technology used by the media and the rise of bloggers and citizen journalism.

The goal of the changes approved by the Supreme Judicial Court is “to recognize the changes in technology and journalism … and to maintain the necessary order and decorum in the Massachusetts courts,” the court said today in a statement.

The rules permit electronics — such as laptops — in the courtroom but also require anyone seeking to use the high-tech gear to register with the SJC’s Public Information Office.

To qualify for a press pass, people must show they “are regularly engaged in the reporting and publishing of news or information about matters of public interest. This would include citizen journalists who meet this standard,” the court said.

The new rules allow a third camera in a courtroom — a video camera potentially being used by a citizen journalist — in addition to the cameras from television stations and newspapers that have been permitted in courtrooms for years.

Judges would have dthe iscretion to grant someone who has not been credentialed by the Public Information Office the same privileges to use a laptop and other equipment in the courtroom.

Judges would also be permitted to restrict coverage “if it would create a harmful consequence.’’

In the statement, the SJC emphasized that “covert photography, recording or transmission is prohibited’’ by the court’s rules.

No changes were made in the rules imposing restrictions on photographing prospective jurors and those selected to sit in a trial.

The new rule, which goes into effect July 1, was drafted by a committee of judges, clerks, court administrators, attorneys, and media representatives, including the Boston Globe. 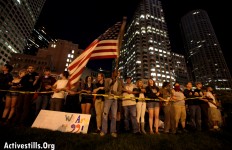